There were countless failures in the life of Abraham Lincoln. 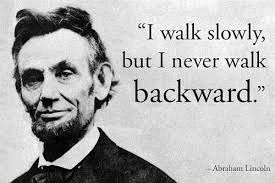 These failures could not shake his self-confidence!

So, please do not allow the past to damage your self-confidence!

One thought on “Self – Confidence”